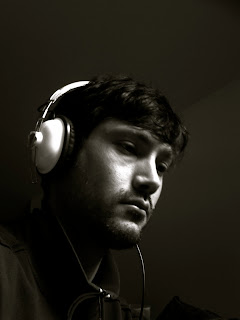 So I finally broke down and purchased proper mastering software for my second album.  I went with iZotope Ozone and I am pleased with it so far.  I did this album and the first album completely with GarageBand and while I obviously think you can do a lot with just GarageBand there are a few other critical pieces of software I feel you need in addition to it to produce music that is, well more 'professional' sounding for lack of a better term.  In fact I would encourage someone just starting out to save money that they may spend on an expensive DAW and instead use a lightweight DAW like GarageBand and invest in these critical pieces of software instead.

So what are these pieces of software you may ask?  Well if you use 'acoustic sounding' drums in your music and you are not recording drums live, then you need a dedicated acoustic drum plugin.  I use Addictive Drums and it lets me lay down nice sounding drum tracks with minimal effort, but it also allows me to go deep and really sculpt or shape my drums should I decide I need to for a given track.  Unless you are simply using loops, or making strictly electronic music the included drum sets in GarageBand just don't sound realistic enough for rock or say jazz music.

The second piece of software I think you pretty much have to have is a program like Ozone, mastering software.  Yes you can make music without it, and yes I did release my first album without any such program, but I think a program like this is pretty much necessary in audio production these days.  With the major labels waging the "loudness wars" as fiercely as ever you need a program like this if you want your music to even approach the level that the majority of commercially released music is mastered at these days.

So if someone just starting out were to ask me about software essentials to release professional sounding recordings to the general public it might look something like this: starting level DAW (GarageBand or equivalent); 'acoustic' drum plugin (Addictive Drums or equivalent); and mastering software (Ozone or equivalent).  Again, if you are electronic or sample based you can leave out the drums, but if you are doing rock music realistic sounding drums are a must.

While I have not scratched the surface of what Ozone can do I am very pleased with what it has done with my tracks thus far.  In the past when I have dealt with mastering type plugins or 'loudness maximizers' I have always felt that I had to sacrifice the quality of the sound of my tracks in order to make them louder.  So far I have not felt this way with Ozone at all.  In fact I feel that not only are the tracks louder but they also sound just a tad bit more 'exciting' and present after being run though Ozone.

I know I know, your not supposed to master your own tracks.  But I don't think you are supposed to make your own artwork, maintain your own website, or do your own promotion either.  In other words, this is the reality for a recording artist like me.  Its either do it this way or don't do it at all, and I would hope that those who enjoy my music can appreciate that any imperfections they hear are the result of the fact that they are not hearing a collaboration which is what most commercially released albums are, but the work of one man working alone.

I also don't believe that this is an entirely bad thing either.  I'd like to think that music made the way I make it is like something you would get from Etsy versus something you might buy from Target.  I believe there is a new new cottage-music-industry developing and I think you are going to be finding more and more music produced this way in the future.  Thankfully businesses like Magnatune and YouTube are providing an outlet for musicians like myself to reach a larger audience than we might otherwise be able to reach on our own.  I think its a very exciting time to be a musician!
Posted by DJ at 7:06 PM